A series of pictures I took last week, whilst out on my mountain bike in The DRC (Africa), reminded me of a barren wind swept post apocalypse, dystopian landscape. The pictures are of a mine waste dump, so the soil is lifeless, the water is questionable at best, and the wind whips up the waste product into dust clouds that hang in the air, and distort the horizon.

These images have nudged my mind to craft a short story – what do they do for you? what emotions do they evoke? 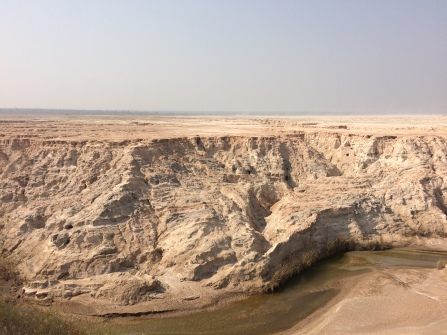 What are your favourite Dystopian Novels?

Here are a few of mine: (in no particular order – and I know I have left out so many more)

Feel free to add to this list 🙂 – hopefully you will mention some that I have not yet encountered.

2 thoughts on “A Dystopian Landscape”